Why Does My Child Keep Suffering from Ear Infections? 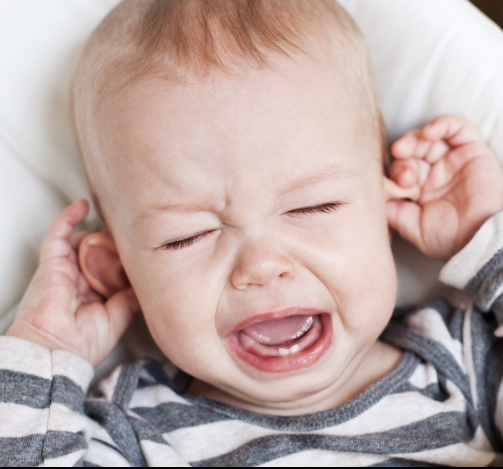 Latest research has shown that up to 95% of kids will have at least one ear infection before the age of 3. That in an of itself is a staggering number, but for a lot of kids it unfortunately doesn’t just stop after one, but turns into recurring infections. Ear infections are so incredibly common, half of visits to a pediatrician are typically ear infection and respiratory related. However, just because they are common, does not mean they are normal. Instead of working backwards to just find better treatments for ear infections, pediatric chiropractors work on sorting out the underlying cause(s) and focus their care and attention there. With that approach, we start with two key questions: First, why is the occurrence of ear infections so high? And second, why is the incidence of recurrence so frequent? The explanation so many families hear is that the Eustachian tubes that allow the ears to drain, are more horizontal earlier in a child’s life, and that some kids this is 'especially' the case. Then as they grow, they start to develop more of a downward angle, and this change aids in allowing the ears to drain more efficiently. While that anatomy can be part of the puzzle, the full picture of the underlying problem is more complicated than merely that. The Eustachian tubes don't actually rely that much on gravity (direction) to drain, but instead primarily do so with the help of muscles that move and guide the fluid down and out of the ears. If these muscles are then interfered with and not functioning ideally, the ear becomes clogged and because drainage is held up. The longer that fluid sits around in the ear, the more the pressure and likelihood of opportunistic bacterial infections builds, like mosquitos gathering in a stagnant pond.

There are two things that can make a child more susceptible to ear infections:

In chiropractic we call that combination of stress build up and decreased nerve function, a subluxation. When there is physical trauma to the neck in-utero, during birth, or from falls or injuries early in life it creates that “kink” in close proximity to the “drain pipes” coming from the ears, sinuses, and head. Specifically, the top two vertebrae share a tremendous amount of nerve supply, muscles, and structures with the inner ear and sinuses. Subluxation = poor movement, poor drainage. Furthermore, we know that subluxation leads to an overactive and sustained triggering of what's call the sympathetic or "stress" side of the nervous system. Since the nervous system also controls and coordinates the immune system, it leaves it in a pro-inflammatory state.Therefore the challenges with #2 are magnified when a child is subluxated, and the immune system can’t properly fight off routine childhood occurrences like colds and teething, and is more likely to overreact to certain foods and environment triggers. How to help a child who is struggling

In our office, we address the root cause of the problem, so the child can drain and properly heal when ill - or even better - never get them in the first place. Here’s what we recommend:

Parents deserve to know about other options!